About the ProfiLux Aquatic Bus (PAB)

You are here:
Estimated reading time: 1 min
In this article

What is the PAB

PAB is a CAN-Bus-System which allows for extremely secure and interference-free data transfer between GHL PAB devices.

How does the ProfiLux Aquatic Bus work

The system works according to the master-slave principle. The master unit can be a  ProfiLux Controller (starting from model ProfiLux 3) or a Doser Standalone to which all other bus participants can be subordinated as a slave unit.

PAB devices are always connected in series. This means that all PAB devices must be connected to the PAB cables linearly with each other. The first PAB device is connected via a PAB connection cable with one of the PAB ports of the next party. The PAB works bi-directional; this means every PAB jack can be used for input or output. The next participant is connected again to the free PAB port of the previous participant, and so on.

The last device of the PAB therefore always has an unoccupied PAB connection.

Devices with ProfiLux Aquatic Bus – in short PAB – are connected to the corresponding RJ45 sockets.

The PAB provides a line connection via the single PAB participants from one end to the other. A ring or star topology of the PAB bus is not allowed. 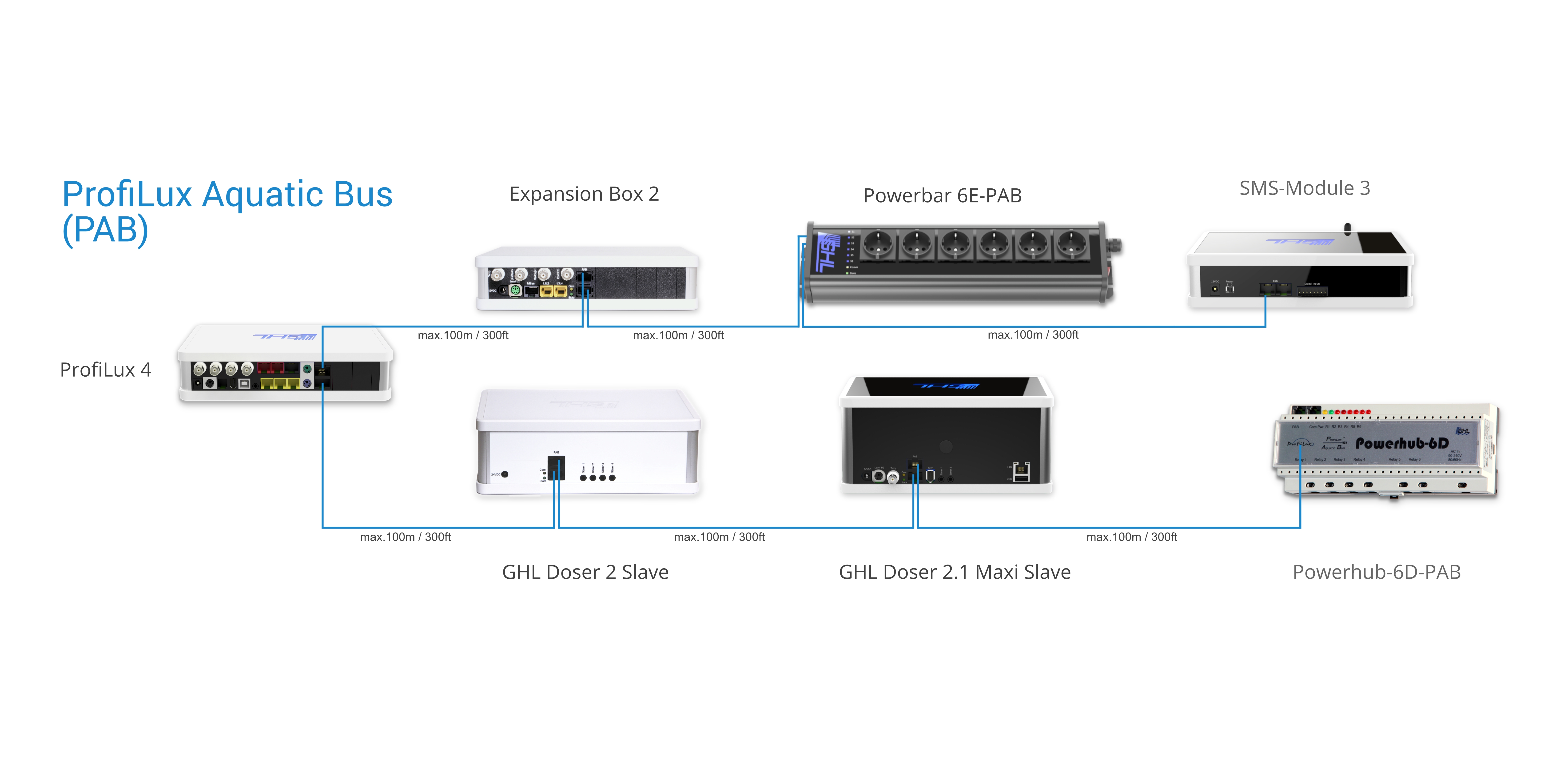 Exemplary Connection of GHL PAB Devices
It is possible to add a new device during operation. Connect simply the device to the free port of the ProfiLux or of a PAB device and establish the power supply.
Written by: sibylle
Views: 1347