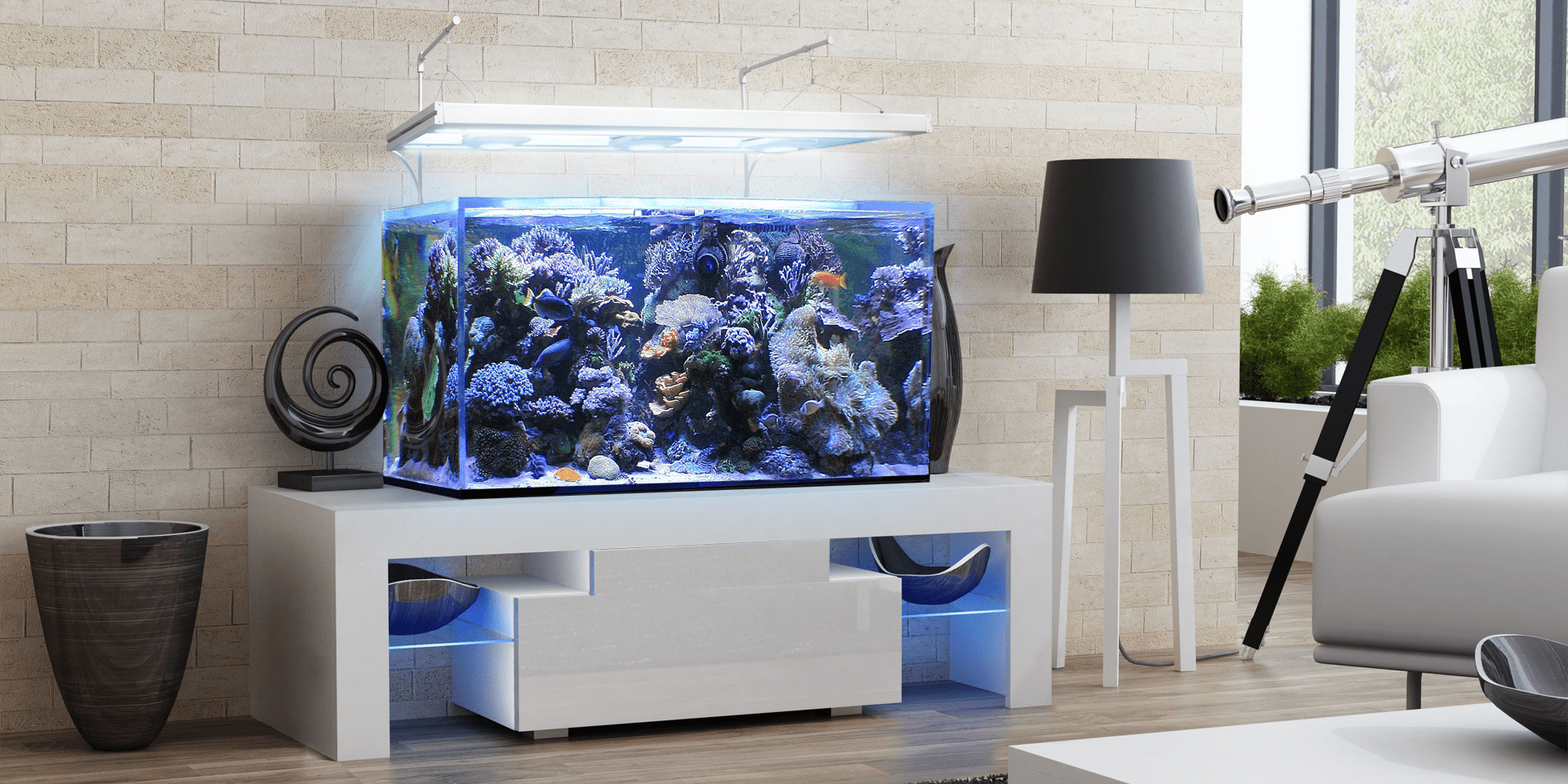 Combine the LED light of your choice with 4 T5 tubes

GHL is exclusive European distributor for the popular T5HO Hybrid Lights made by the American company AquaticLife®.

In September 2017, AquaticLife® was first to market with an innovate product they call the T5HO Hybrid fixture. The fixture is comprised of two T5HO housings, which are connected with each other, that can accommodate many different brands of LED fixtures between the T5HO housings. Various mounting brackets allow the T5HO Hybrid fixture to work with popular LED lights including, Mitras®, Aqua Illumination®, EcoTech Radion®, Kessil® and more.

The T5HO hybrid luminaires are ideal for those who do not want to give up their proven and familiar tube lighting, but at the same time want to take advantage of the great possibilities offered by modern and powerful LED luminaires.

In addition to combining the advantages of LED and T5 lighting, the luminaires feature a sophisticated and universal design as well as high quality standards.

Models and scope of delivery

Save when purchasing in a bundle with Mitras® LX7, LX6 and Lightbar *

You will receive a 5% discount on all Mitras products when you purchase them together with an AquaticLife® T5HO Hybrid Light.

This offer is valid for the GHL Store and all participating dealers.

*) This offer cannot be combined with other offers, promotions or special discounts, subject to quantity limits.

Products are available at all authorized retailers and in the GHL Store.

You are a European retailer and you want to offer your customers products from AquaticLife®?

We are looking forward to get in touch with you, please read more at our contact page.