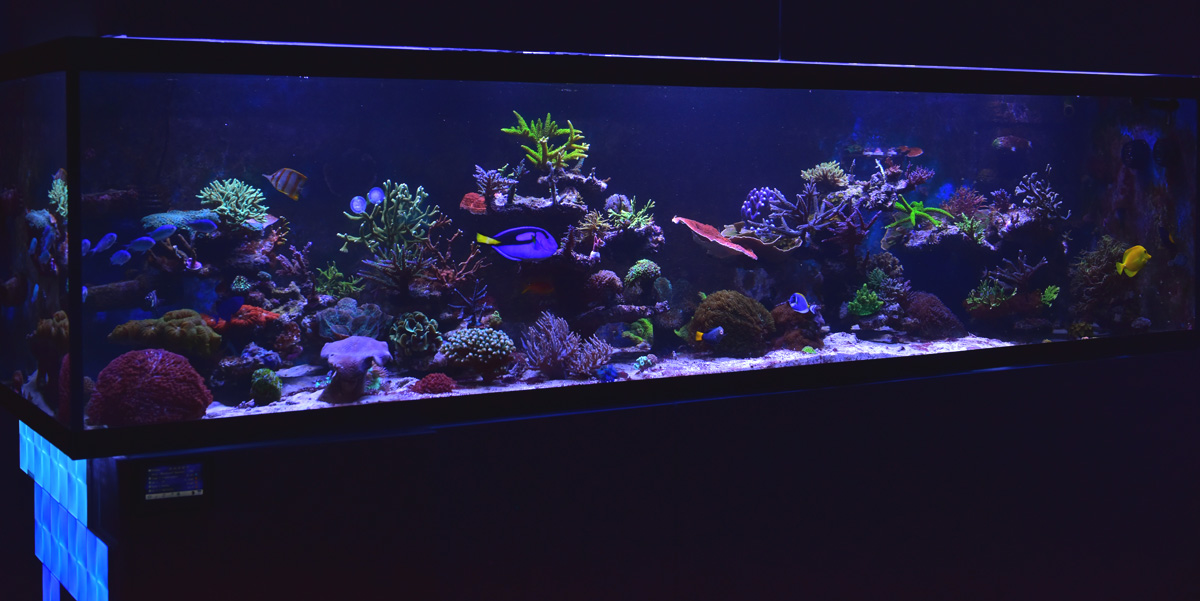 Hello, my name is Martin Grob and I am from Zurich, Switzerland.

I started out in the reef aquarium hobby about five years ago. When I first started, I had a 500 liter/130 gallon off the shelf display which I ran for about four years before upgrading to my current custom 2000 liter/500 gallon display a little over a year ago.

I immediately took a keen interest in automation early on which carried right over to my current system. I travel and can be gone for up to two weeks at a time so automation and remote monitoring of my system has been a prerequisite from early on in my reef keeping.

Due to traveling I needed a robust system that I can rely on, control remotely,

and one that will notify me if there is ever an issue. Given that I wanted the best quality hardware on the market, I invested heavily in a full GHL ProfiLux controller system. Thanks to GHL I can leave my tank alone with almost no worry. Granted, you always worry about your fish and coral.

The last piece in that puzzle will be the Ion Director which I can’t wait to obtain.

For a sump, I went with a custom built 1.5 x 0.5 meter (approx 5 x 1.6 ft) sump. For mechanical filtration, I use a Clarisea SK5000 automatic fleece prefilter. For my protein skimmer I use a Deltec SC2560 Protein Skimmer with a Deltec CS2560 self-cleaning head. 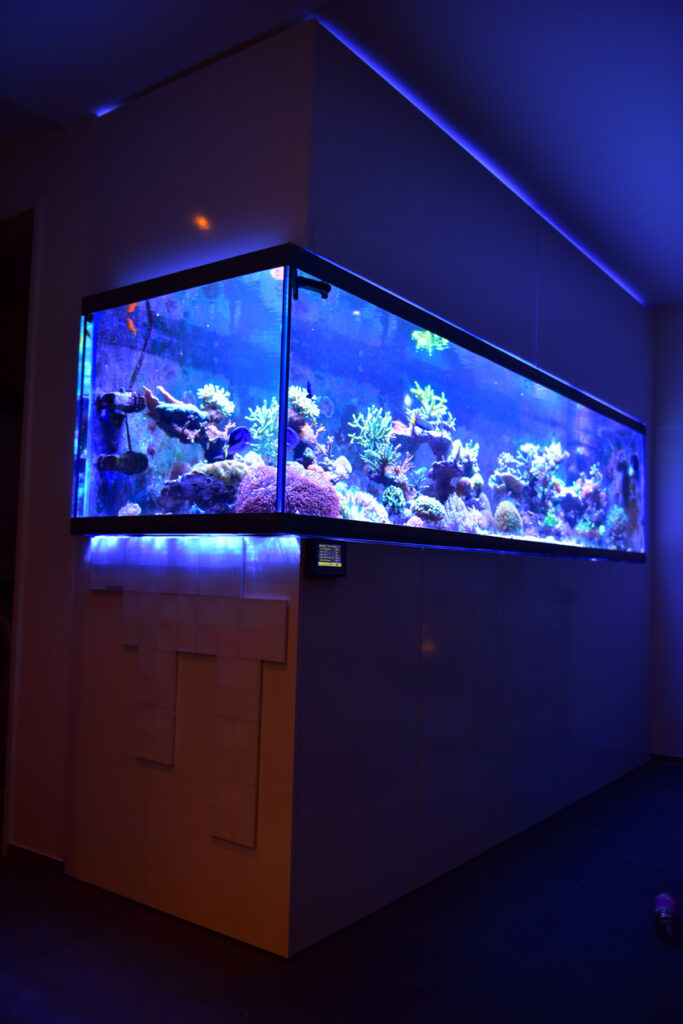 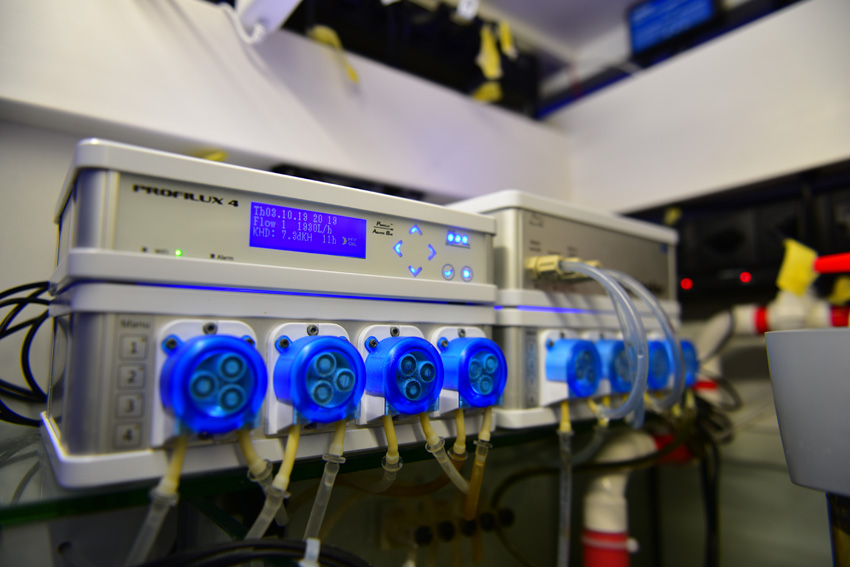 The Self Cleaning Head is controlled by my Profilux

and runs every two hours. The waste water from my RODI is routed to the skimmer cup to keep it nice and clean. The skimmer cup drain is connected to a drain near my sump.  Also in my sump is a Nyos Torq media reactor. For additional water clarity and parasite reduction, I run a DeBary 25E UV Sterilizer.

For my return pumps, I use a Jebao DCP-15000 and a DCP-10000. To monitor the flow through my Proflux using a GHL Flow Control 9000 flow sensor. I run two Vortech MP40 Quiet Drives, two Tunze Stream 3s and a Tunze 6095. All of which are controlled by my ProfiLux.  With the touch of a button on my Profilux touch display, I can shut off my skimmer, return pumps, Clarisea fleece filter, Vortech pumps, and Tunze pumps making maintenance a breeze.  Or I can shut off just the Clarisea, skimmer, and return pump while keeping flow in the main display.

The Profilux 4 also manages my top off

using GHL optical level sensors with GHL mechanical float switches for redundancy and failsafes. When the ProfiLux detects a low water level condition in my sump, the optical sensor triggers the ATO pump to run.

I also have an MV solenoid which fills a separate twelve liter ATO reservoir for nine minutes with an additional fail safe mechanical float all controlled by the PL4. I opted for the small ATO reservoir so that if anything ever did go wrong (which it hasn’t), there is only a small volume of RODI water that could be introduced mitigating any risks. As an additional failsafe my GHL leakage detector will shut off the RODI system in the event that the sump overfills.

I monitor temp, pH, ORP, salinity, flow as well as levels in my sump and RODI reservoir through my Proflux and also Alkalinity through my GHL KH Director® via the ProfilLux.

As I mentioned previously, the ION Director® is definitely in my future when it’s released.

Once a month I cross check the KHD with the alkalinity reference fluid and check CA, NO3, and PO4 weekly. 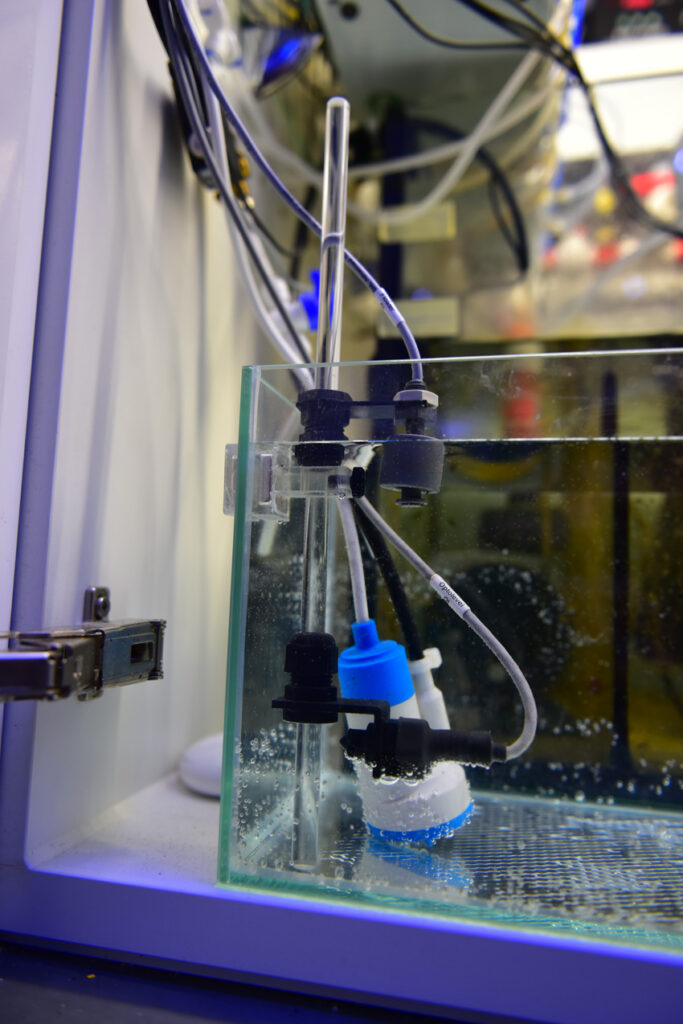 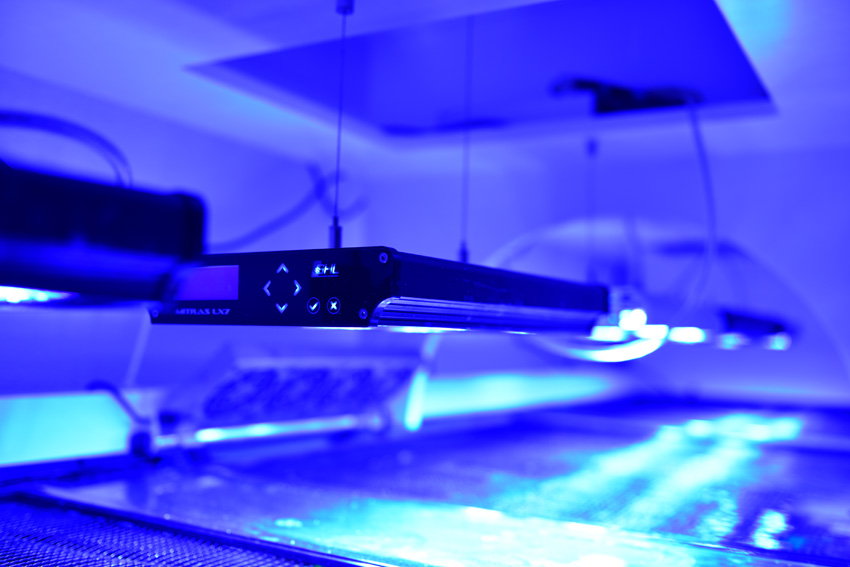 For my lighting I wanted high quality fixtures

that were both efficient and allowed full control ever each channel and the Mitras LX7206 exceeded those requirements.

I have five of them over the main display. All of which are controlled by my ProfiLux 4 via a GHL PLM-PWC add-in card.

The lights have brought out the colors in my corals that weren’t visible before.

The blue phase in the evening really makes the colors pop.

My kids are always glued to the tank. 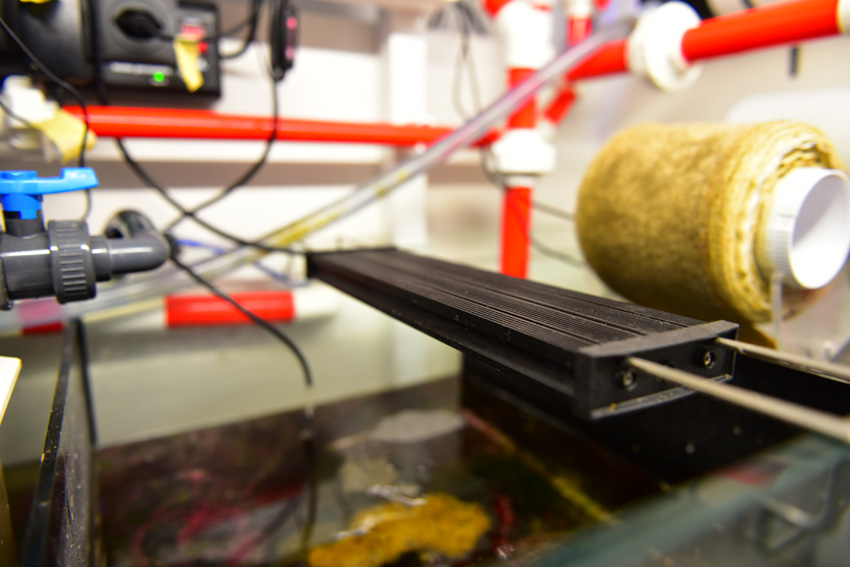 I also run a GHL Mitras Light Bar 2 over my frag compartment in my sump.

I run a GHL Gen 2 Propeller Breeze 4X cooling fan. For heating I use an Aquamedic Titanium Heater.

All of which are controlled through my Profilux. 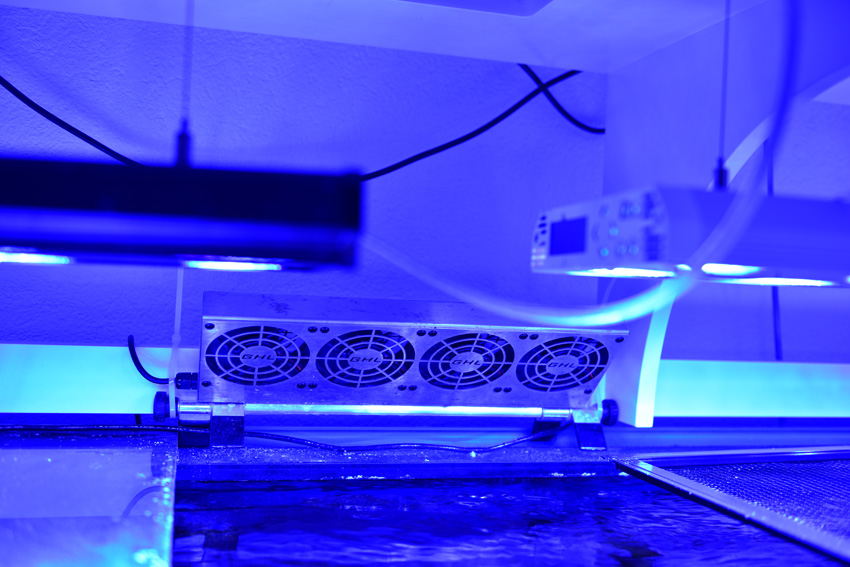 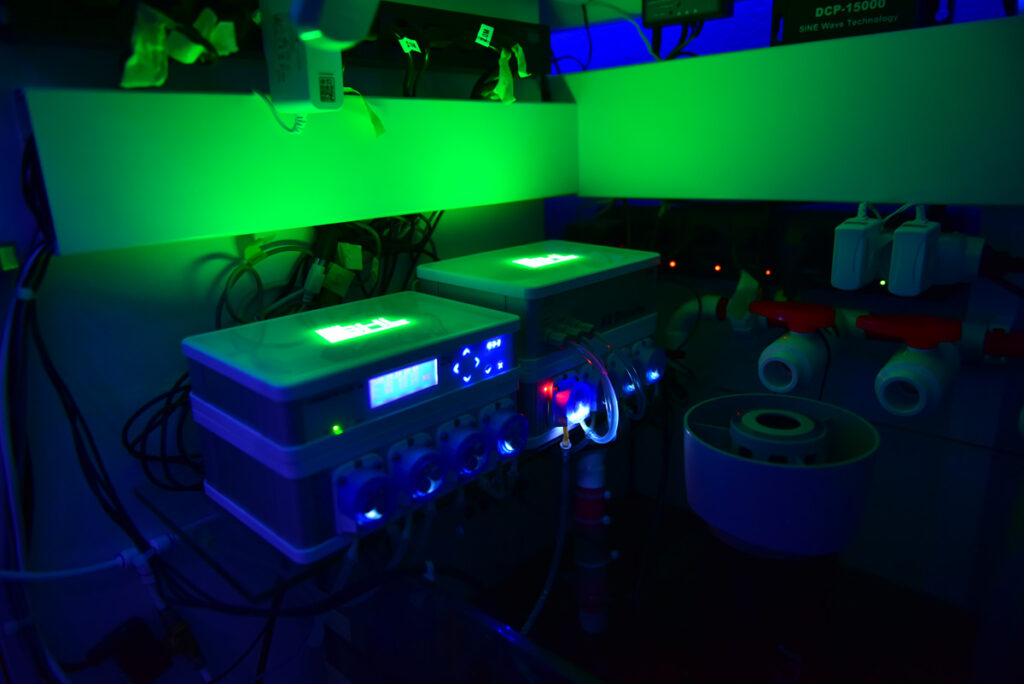 Learn more about GHL - Official GHL Web Page
Scroll Up
We use cookies to ensure that we give you the best experience on our website.ACCEPTRead more